– a village with strong traditions in Mid-Norway.

Snåsa is a village in Mid-Norway, with strong traditions for forestry, farming and reindeer herding. With its 2100 inhabitants and an area of 2300 square kilometers, there are vast areas of beautiful nature with lakes, forests and mountains. Snåsa has 2500 lakes, historically used as a resource for fishing, transporting timber, power production and recreation. Snåsavann AS continues the long traditions of both utilizing and taking care of natural resources of the village.

“We mainly deal with dairy cows and forestry. The property is 4500 acres. My mother’s family moved here in 1694. So, yes, we have come to Snåsa to stay.”

Landlord Peter Finsås conceals a modest smile behind the coffee cup, which almost disappears in his big fist, and squints against the partially frozen Snåsavatnet. The shadow of a sparrow hawk draws a perfect circle on the frosty ground. Tracks of a hare disappear under a juniper bush in the edge of the woods. 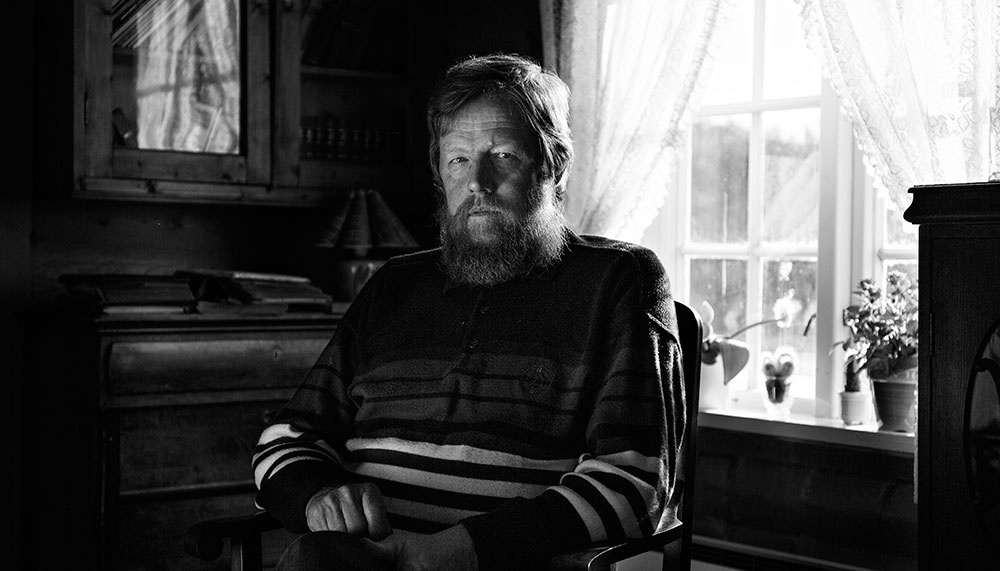 Peter Finsås (picture) and Ola Brede are the two landlords involved in our projects. Finsås' ancestors moved to Snåsa in the 1600s, and he runs the family farm as a traditional farmer.
“It was originally a priest’s family. Bernt Julius Muus is probably the most famous. He emigrated to the United States in the late 1800s and started St. Olavs College. It was the first wave of relocation here at Snåsa, over 500 inhabitants, mostly young, working people emigrated. Since the 1950s, the population has once again sunken steadily. So much has been put out of business, centralized, jobs that are gone.”

Finsås lights up: “Mohamed does what others don`t. He moved to a place where others move from. When he told me he would sell water … well, I had my doubts. Like everyone in this area, I have taken the water for granted. If I have been thirsty, I have bent down and drank from a brook. The water gives life. We have a rich fauna.” 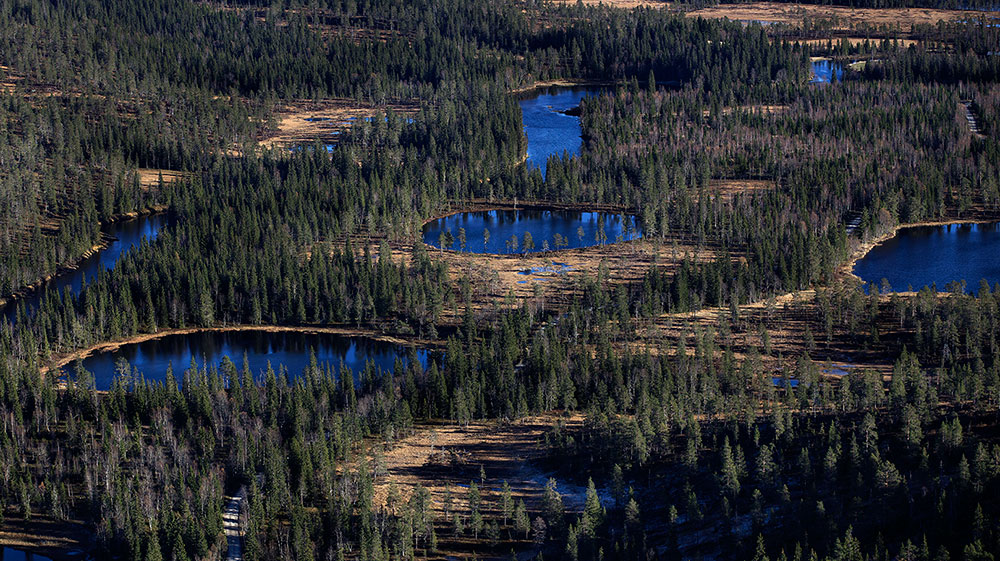 A municipality with more lakes than people. Snåsa count 2500 lakes and 2100 inhabitants.
“Elk, reindeer, deer, roe deer, reef, mink, marten, black grouse, hazel grouse, capercaillie, ptarmigan, grouse, squirrel, wandering wolf, lynx, wolverine … yes and much more. Not to mention the flora. You know, we are only around 2100 inhabitants here on Snåsa, but we have 2500 lakes. But that’s not the case elsewhere, and soon I realized that Mohamed had a vision, that he was in to something. Since then I have been onboard. 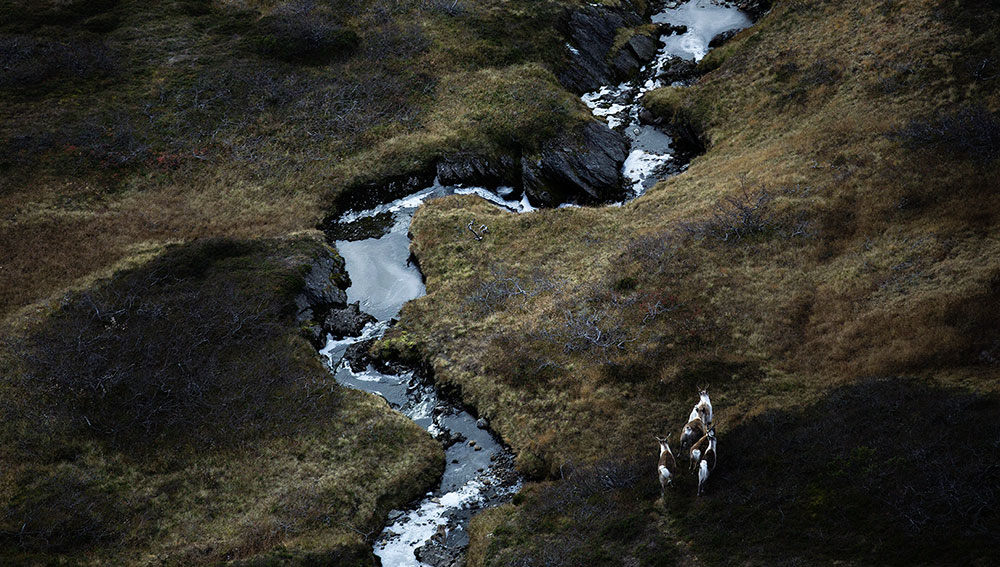 Blåfjella-Skjækerfjella national park covers most of the eastern parts of Snåsa Municipaly and is known for it's rich natural resources, flora and fauna.
Anyone who can create new jobs is an enrichment for the village and the municipality. If they have to use the ground I own, I will not put myself in the way of it. I am the chairman of the museum board, I know a little about the history here, and lately I have thought about a woman named Elise. Elise was born in 1894, right here in the Harråmyra, at the Snåsa water source. She always said that there is gold in the ground. I do not know where the idea came from, no one took it seriously, but she always claimed it. Now, afterwards, it has struck me that maybe it was the water that was the gold!” 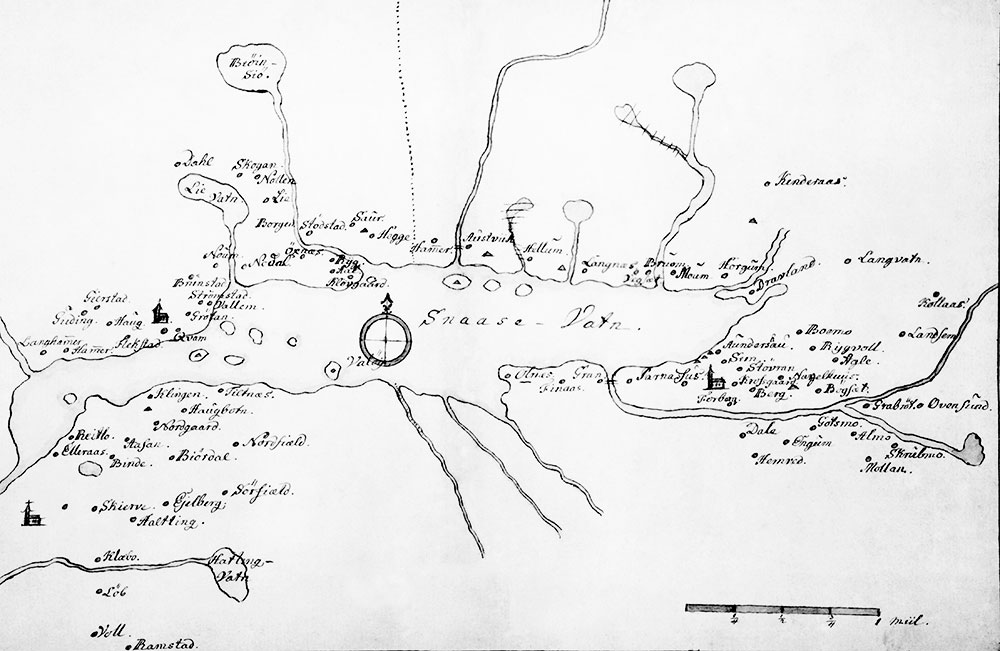